Alexey Morosov was born in 1974 and graduated from the Surikov Art Institute Academy in Moscow, in the LevKerbel laboratory. In 1999 he studied classical sculpture and French pottery in Provence. A year later, he began his collaboration with the artist Timur Novikov, founder of the New Academy of Fine Arts in St. Petersburg. In 2003 Morozov held two solo exhibitions in St. Petersburg: in the D-137 Gallery – “CraftDeco – Classic” and in the New Academy – “CraftDeco – Academic”. In Moscow, the artist’s work is on display in various group exhibitions at the Triumph Gallery. Between 2011 and 2012, Alexey Morosov displayed over 48 sculptures, paintings and graphic works from his portfolio at a solo exhibition entitled: “Antologia” – “Anthology”. Today, the artist lives and works in Italy.
Morosov believes that European civilisation should make reference more often to its past and should question its beliefs through allegory, myth and historical scenes in orderto give them new meaning. Alexey Morosov’s art aims to show that classical forms are not dead and that tradition and innovation can coexist.

The Caryatid is the antithesis of a column, she is the female antagonist of the male dominated Doric order: she could be defined as the emancipated antagonist.
An anthropomorphic pillar is not an ascetic, functional column but a calculated rebellion, a sculptural counterpoint in Erechtheus’ futuristic block, first mentioned by Vitruvius in his work dedicated to Octavian Augustus.
“The Supersonic Caryatid” is a simulacrum that simultaneously exceeds the system and the super-material state. When the sound barrier is broken, the sound waves are transmuted into material. Apparently true systemic conventions and postulates (including correct ones) change their polarity of meaning and lose their sense.
The scream as a symbol of uncontrolled emotion, of an inexplicable and terrifying feeling, is an unusual archetype but well consolidated in traditional European culture by Niccolo dell’Arco and Edvard Munch.
A scream as a song on a supersonic wave is a mind altering method and a call for expression of the feminist revelation.
The Caryatid escapes her predetermined intercolumniation. The soft peplos falls from the body of the Caryatid, the echinus is torn from the abacus. She is freed of the curse of the weight of the entablature.Life returns to stone … and the stones cry out because the people are silent. 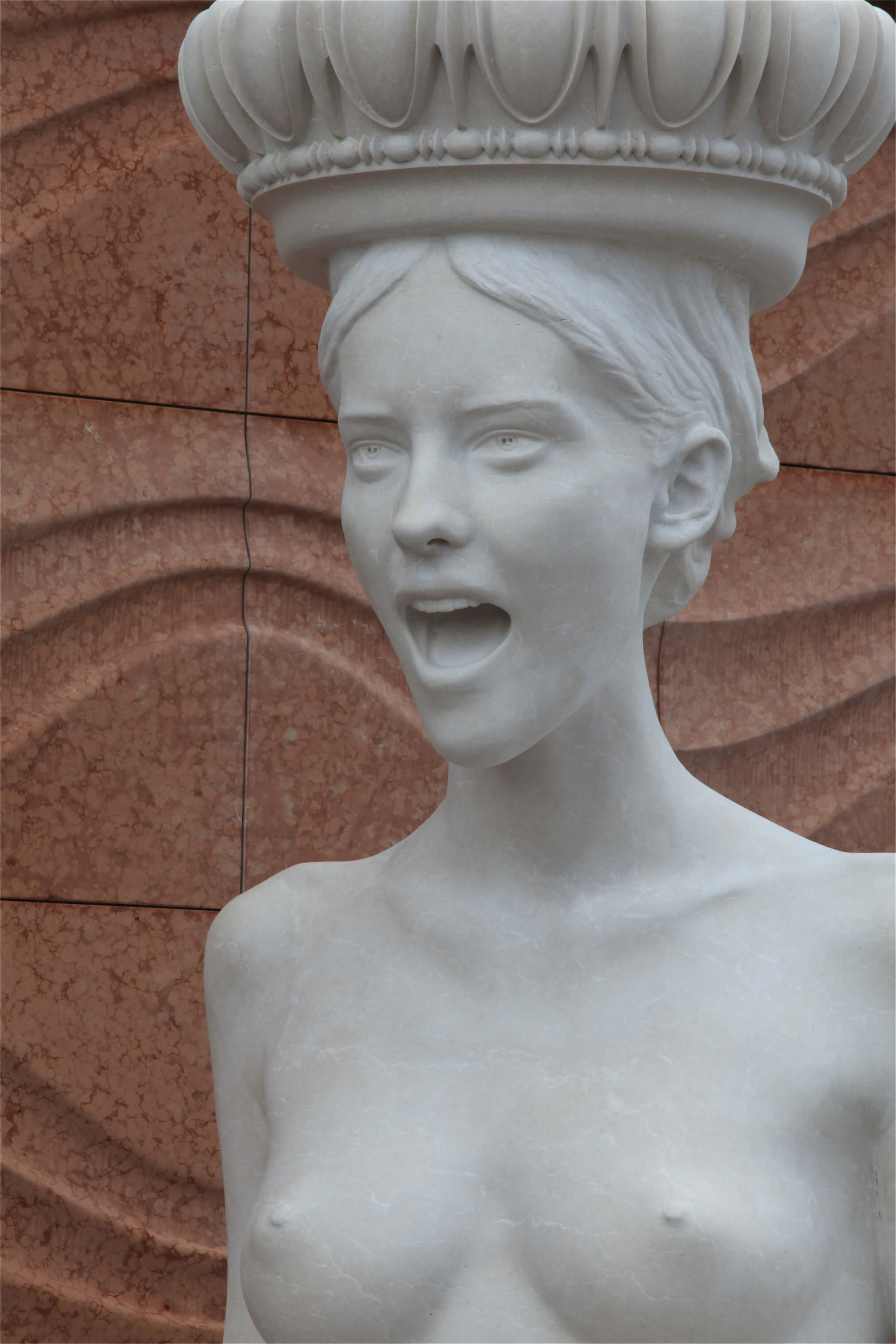 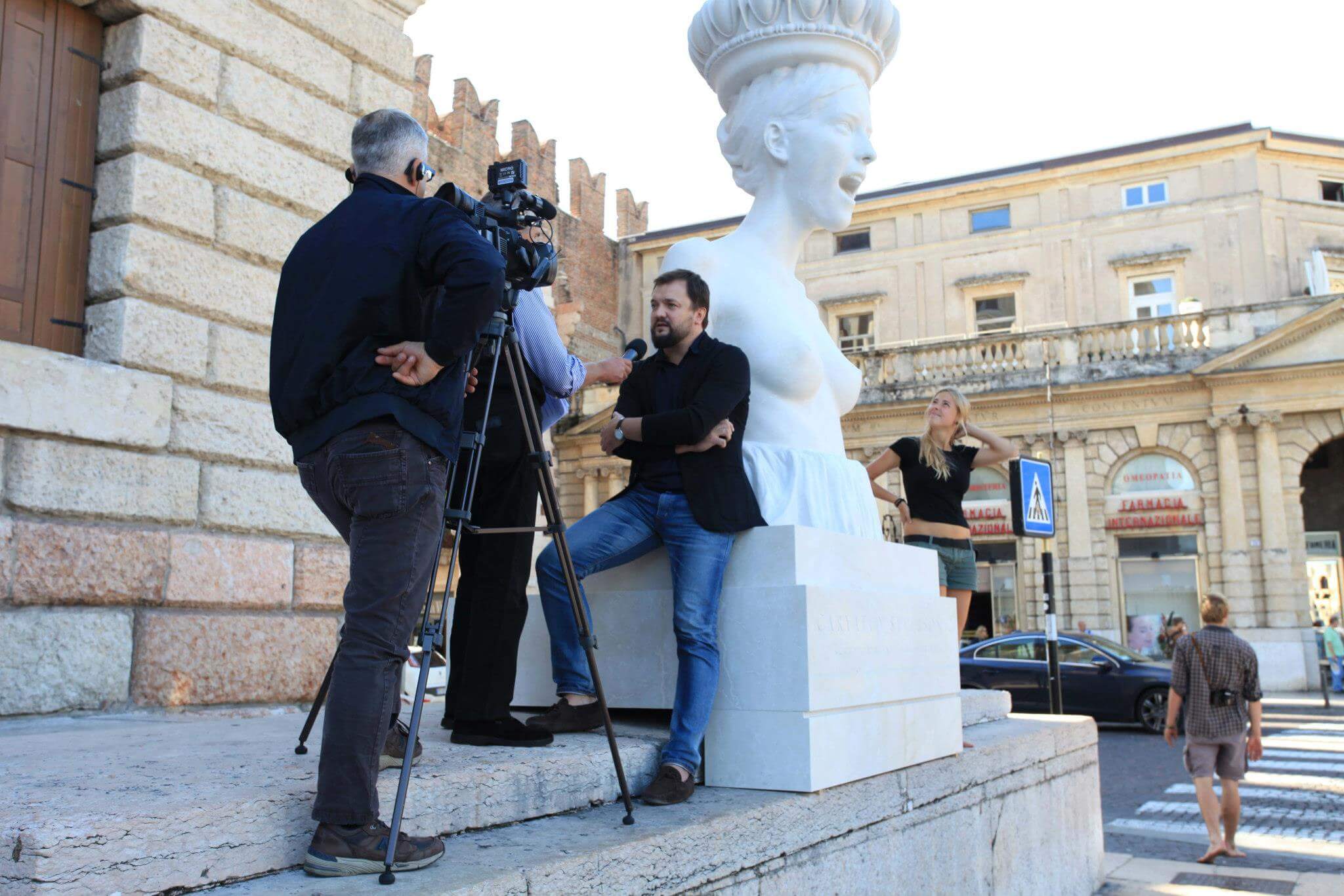 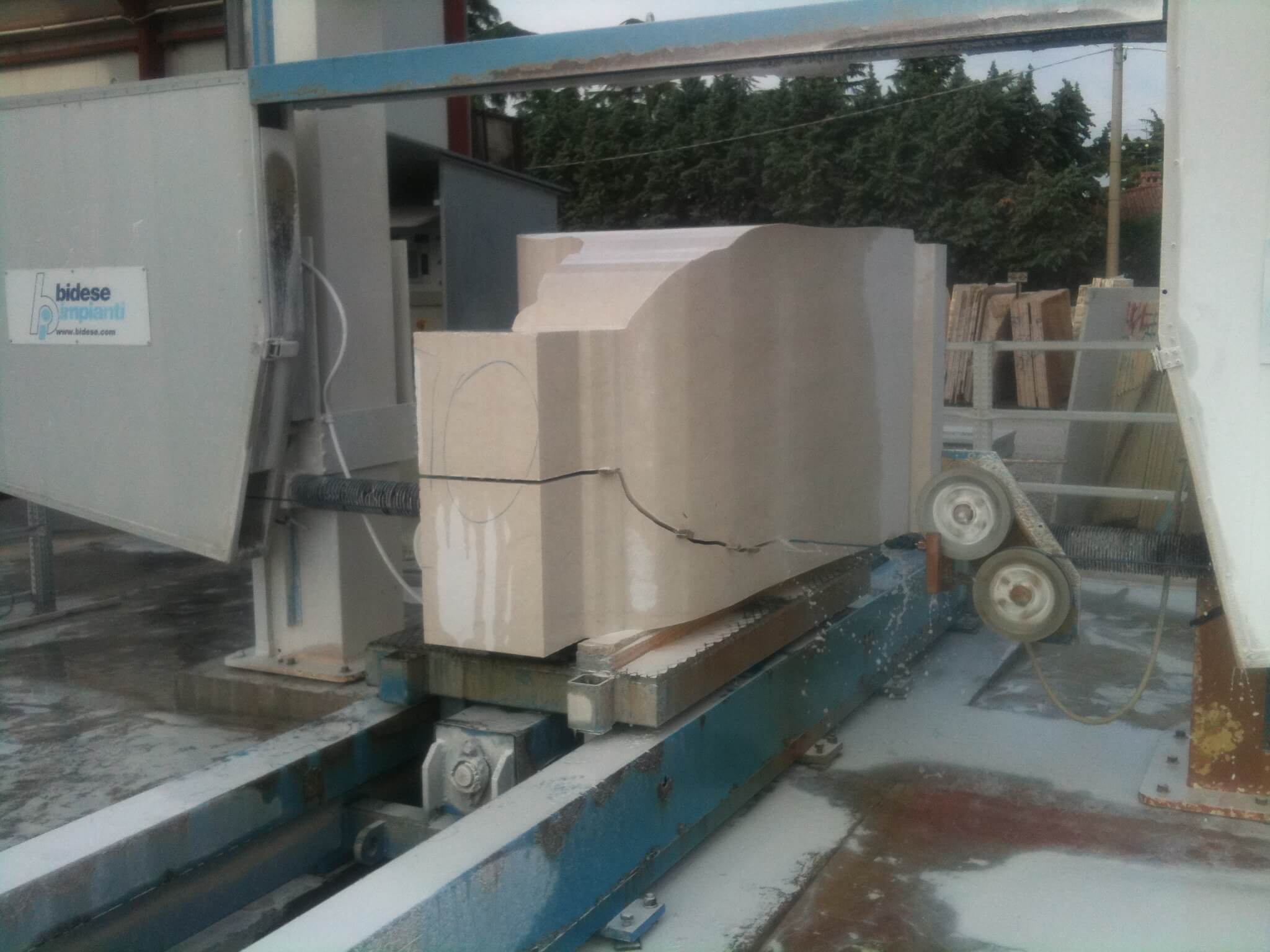 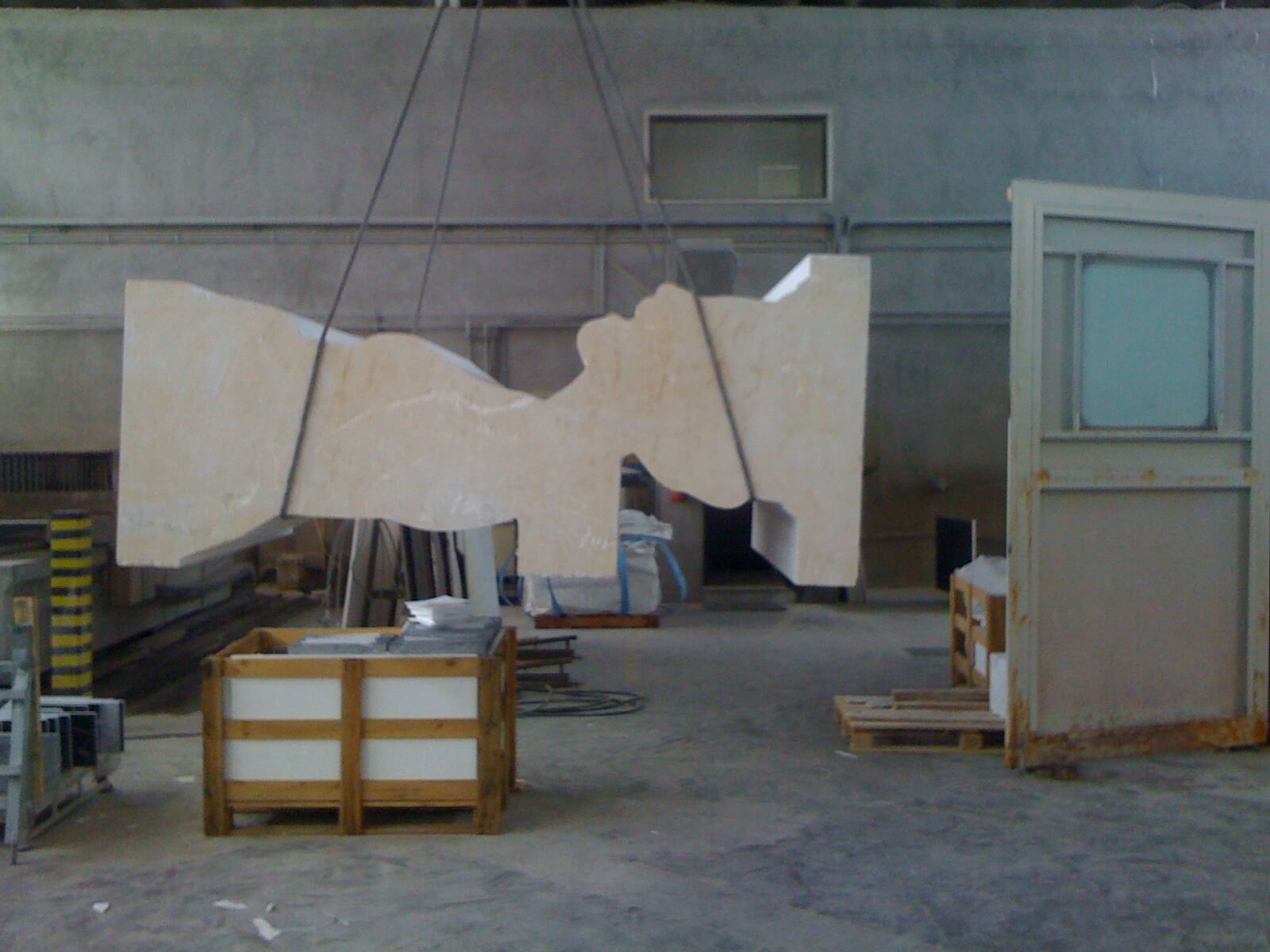 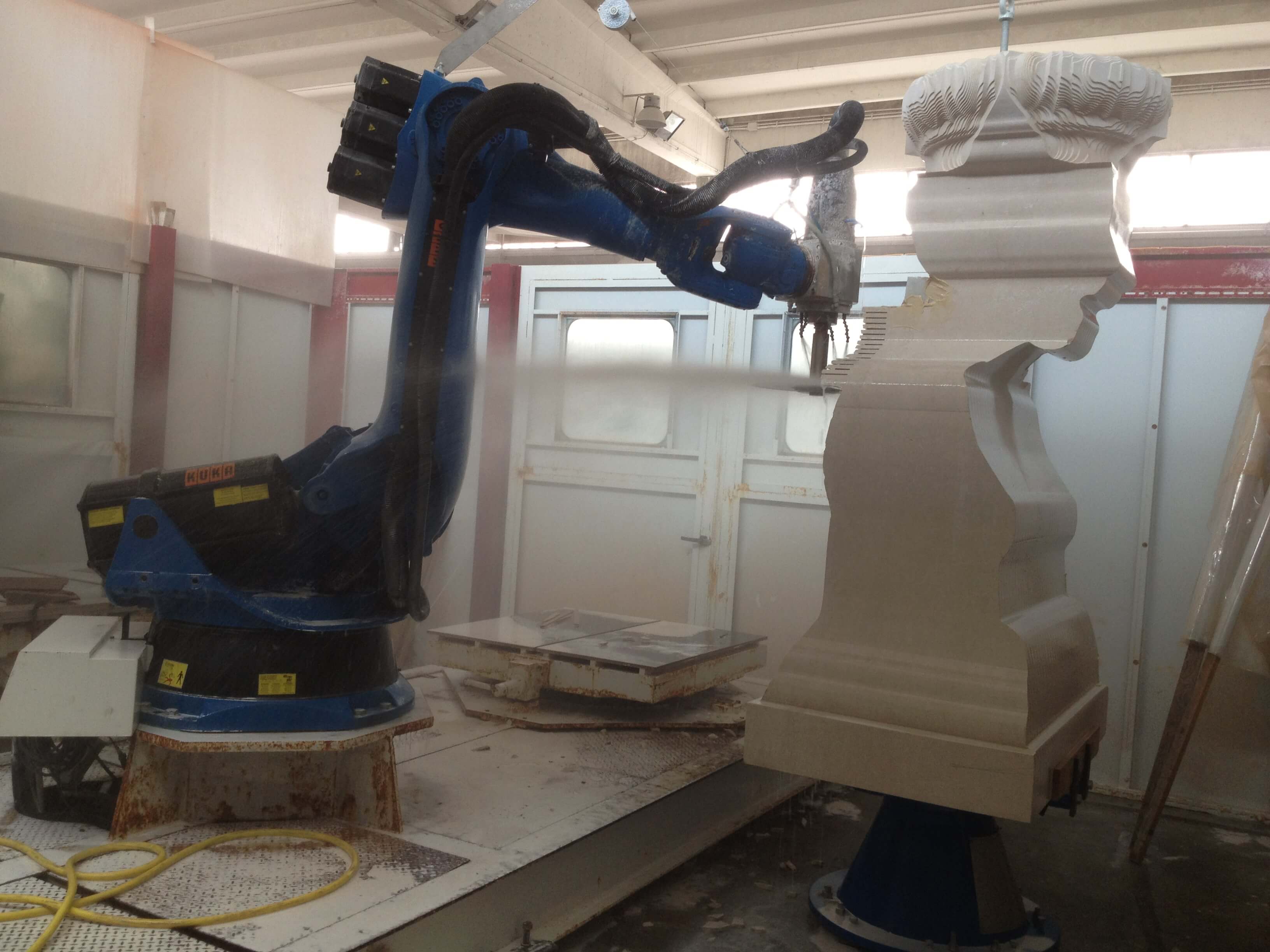 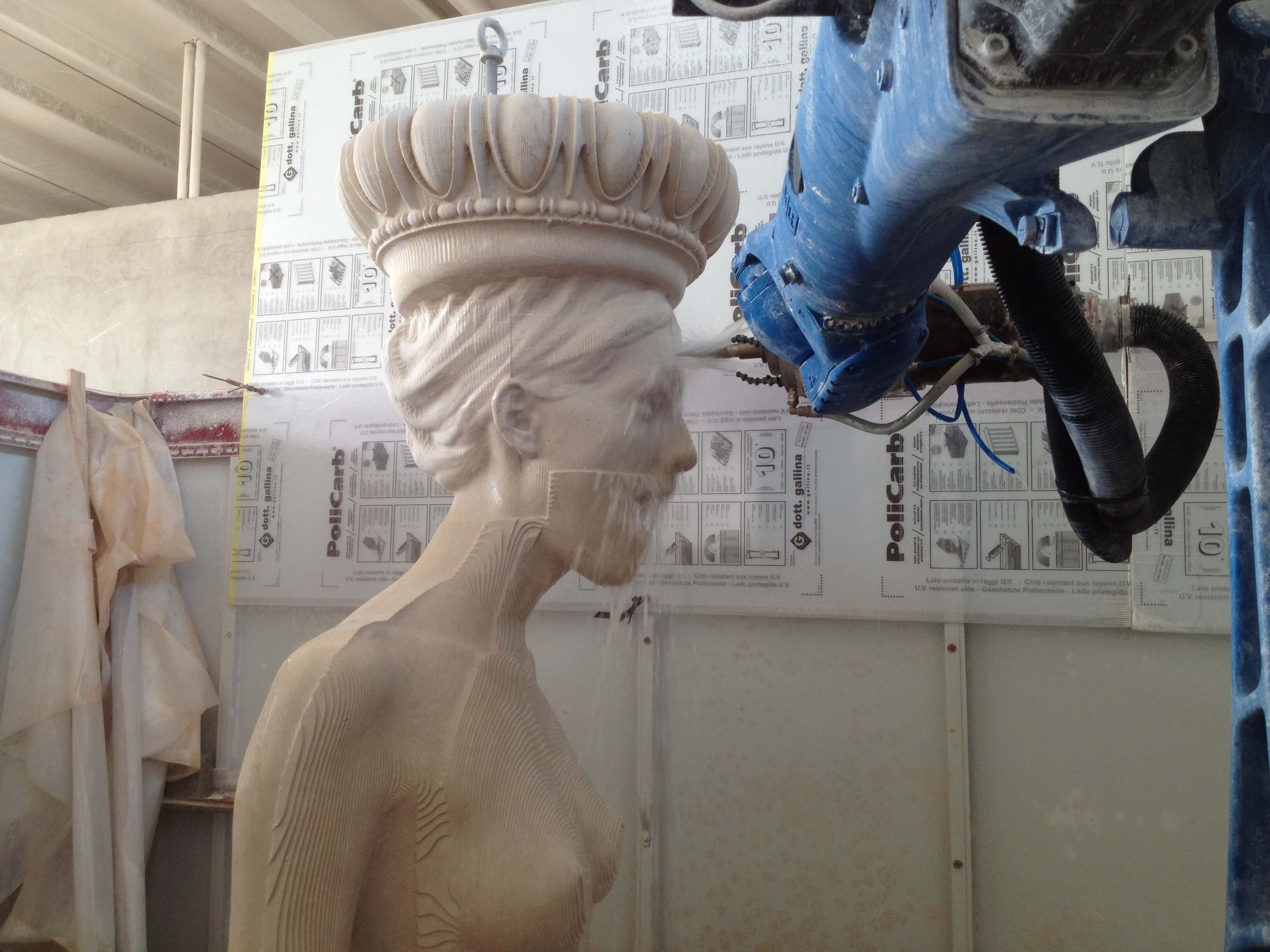 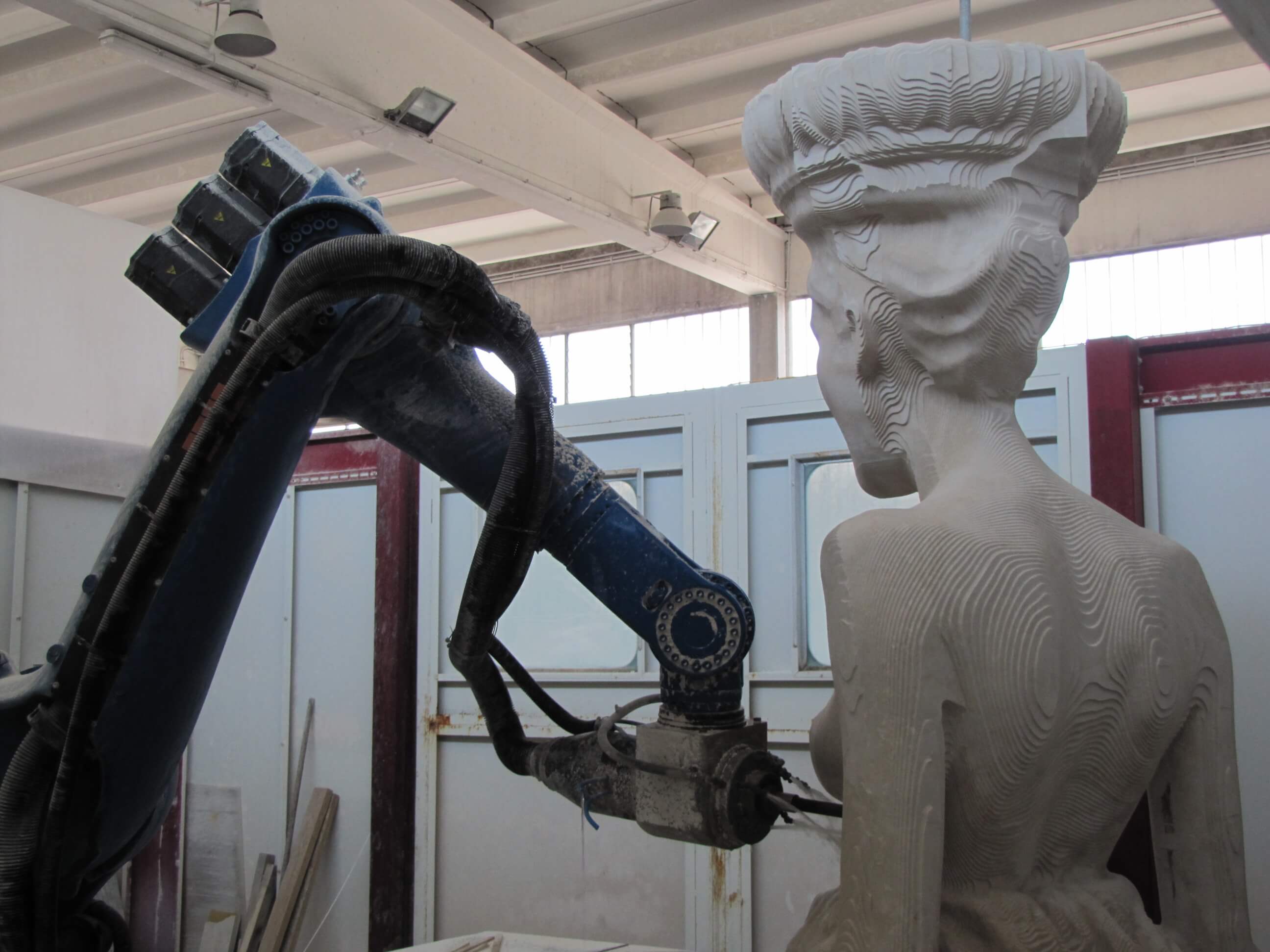 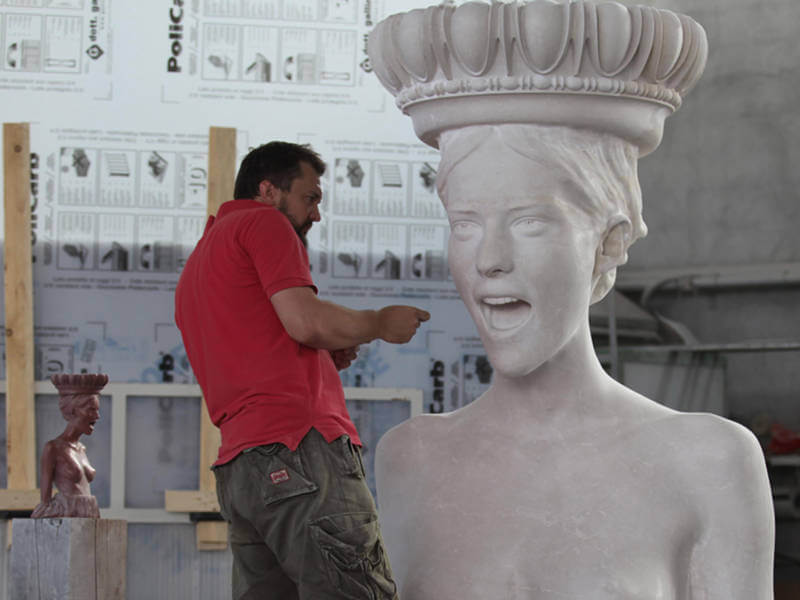 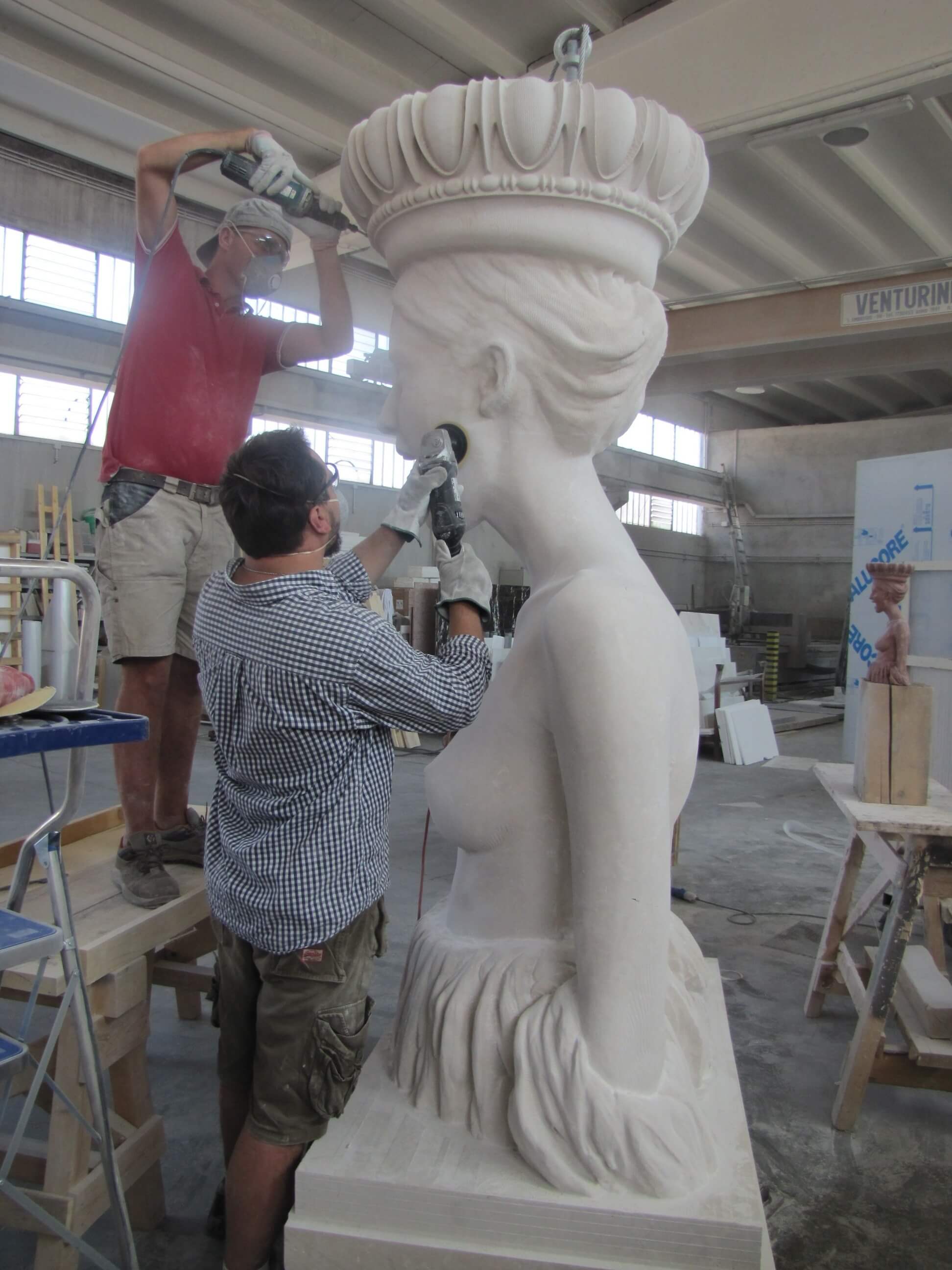 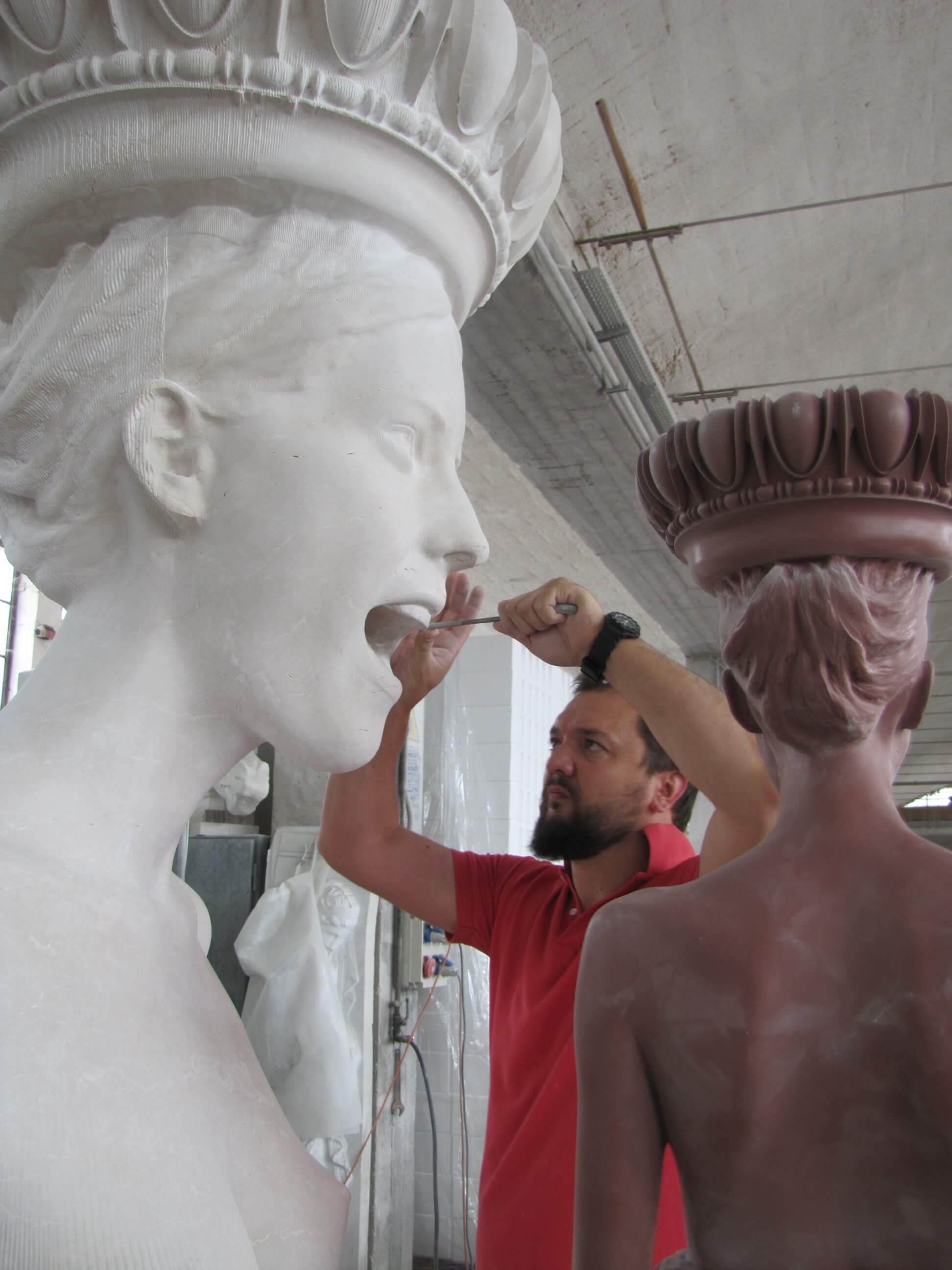 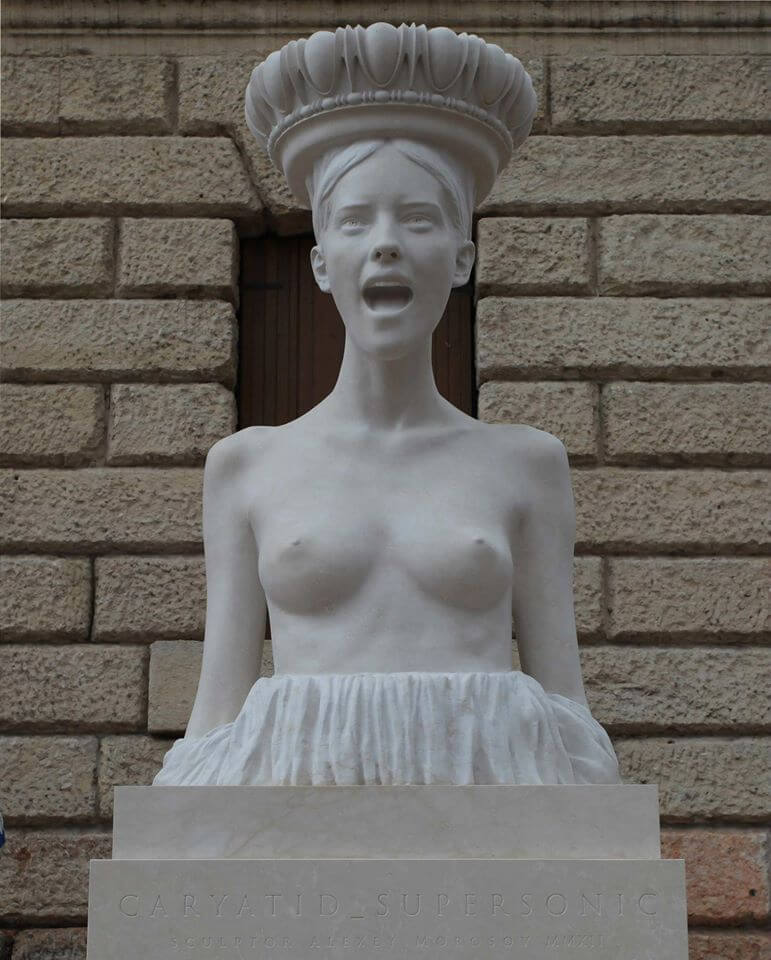 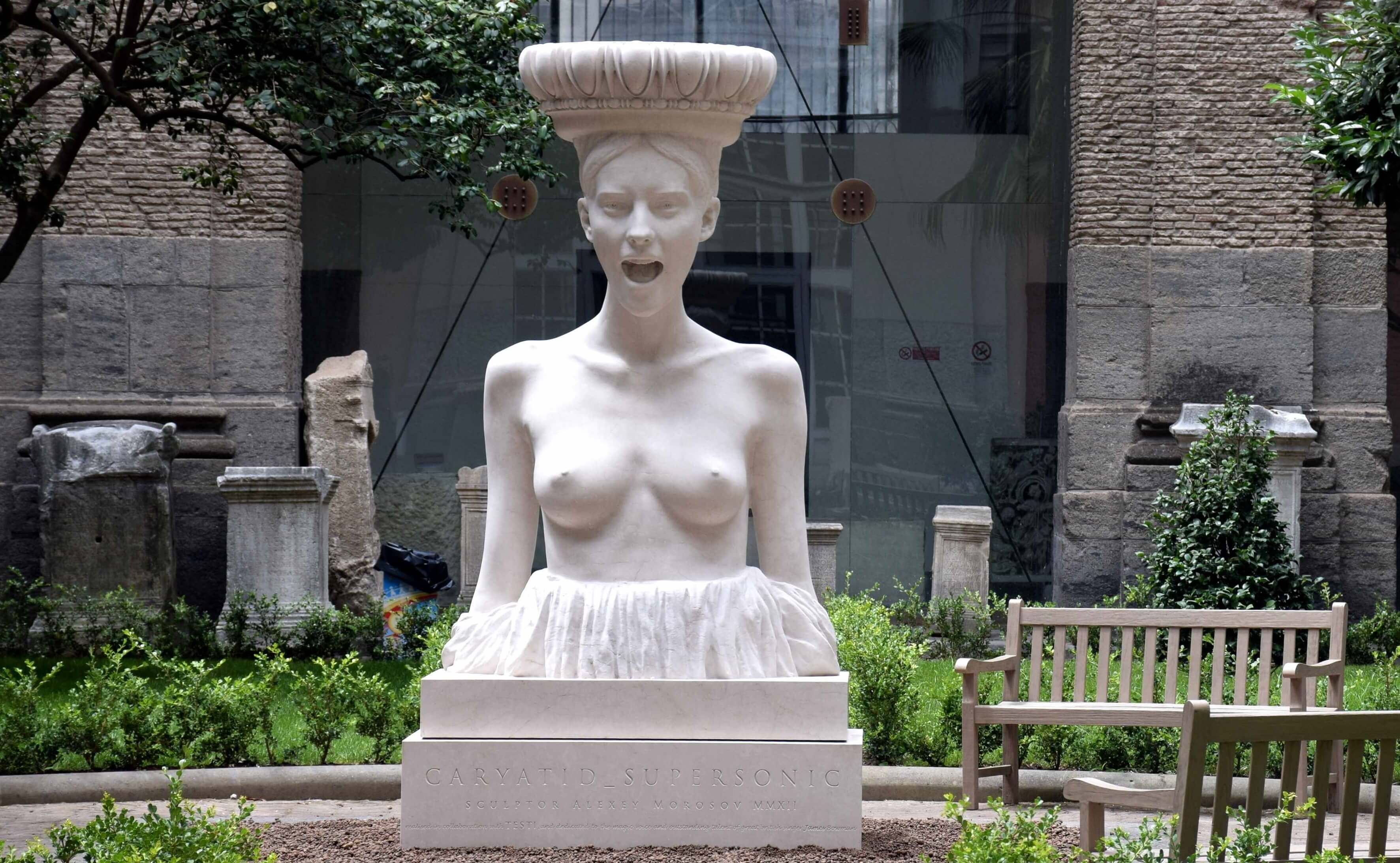 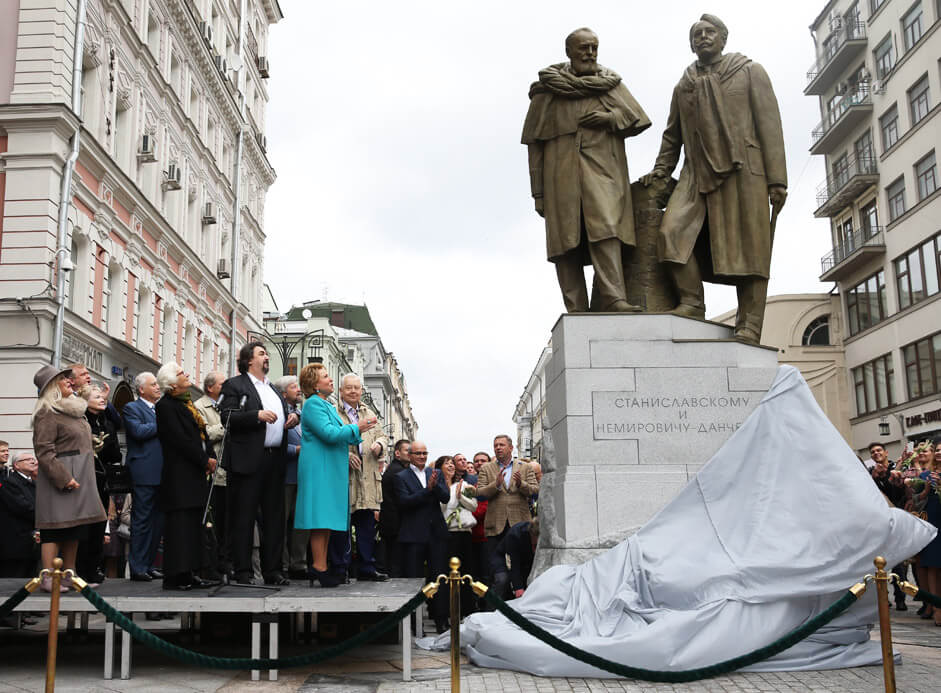 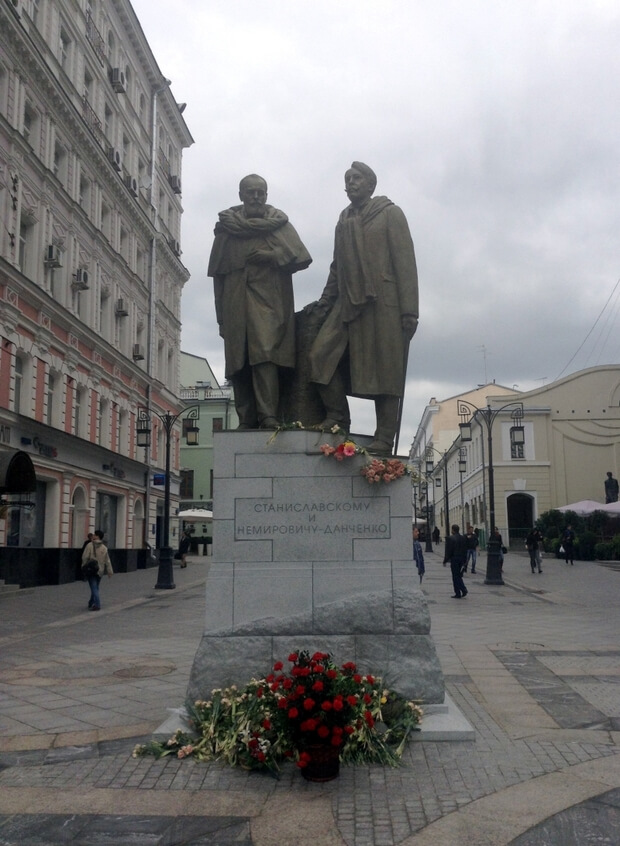 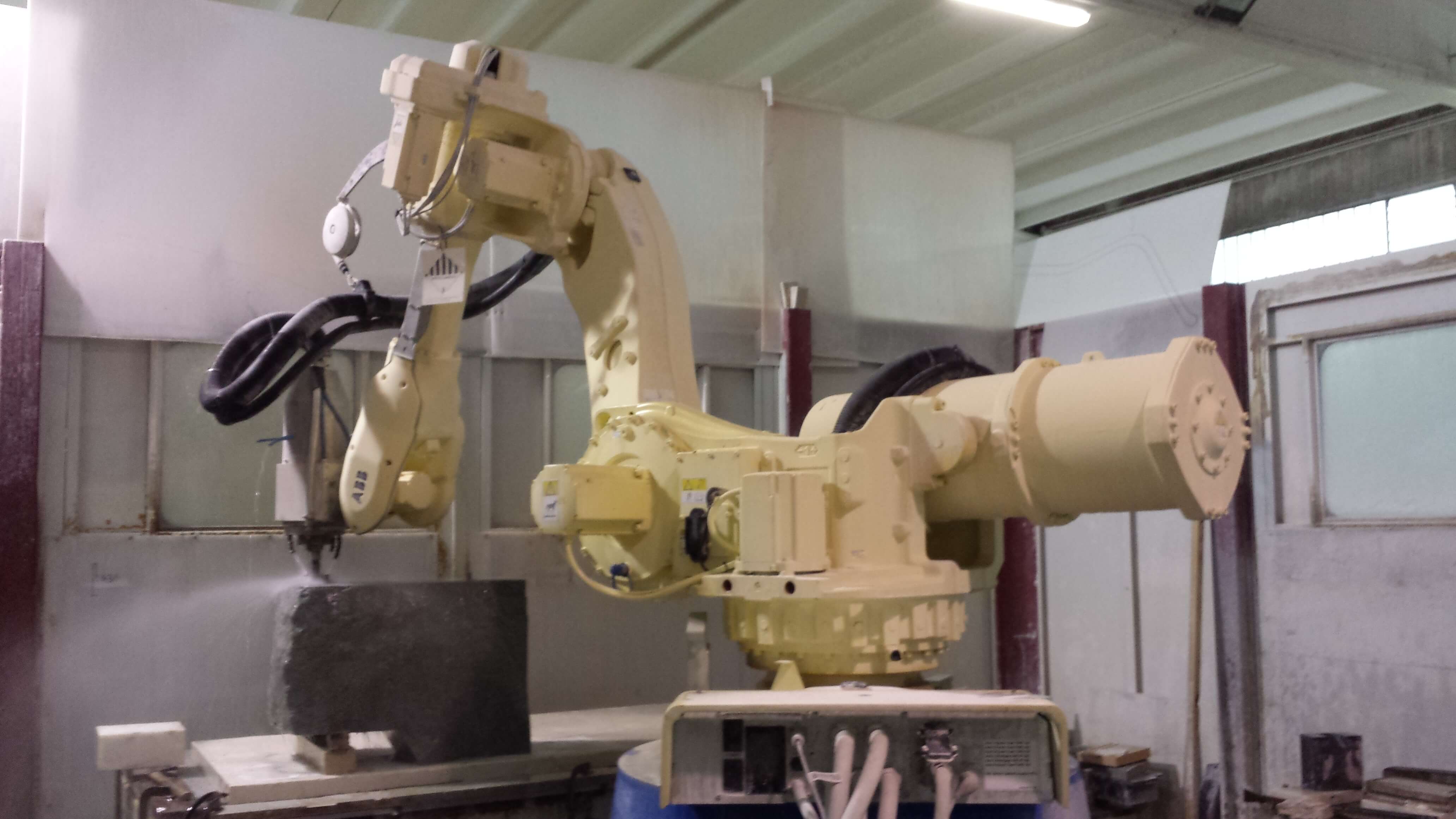 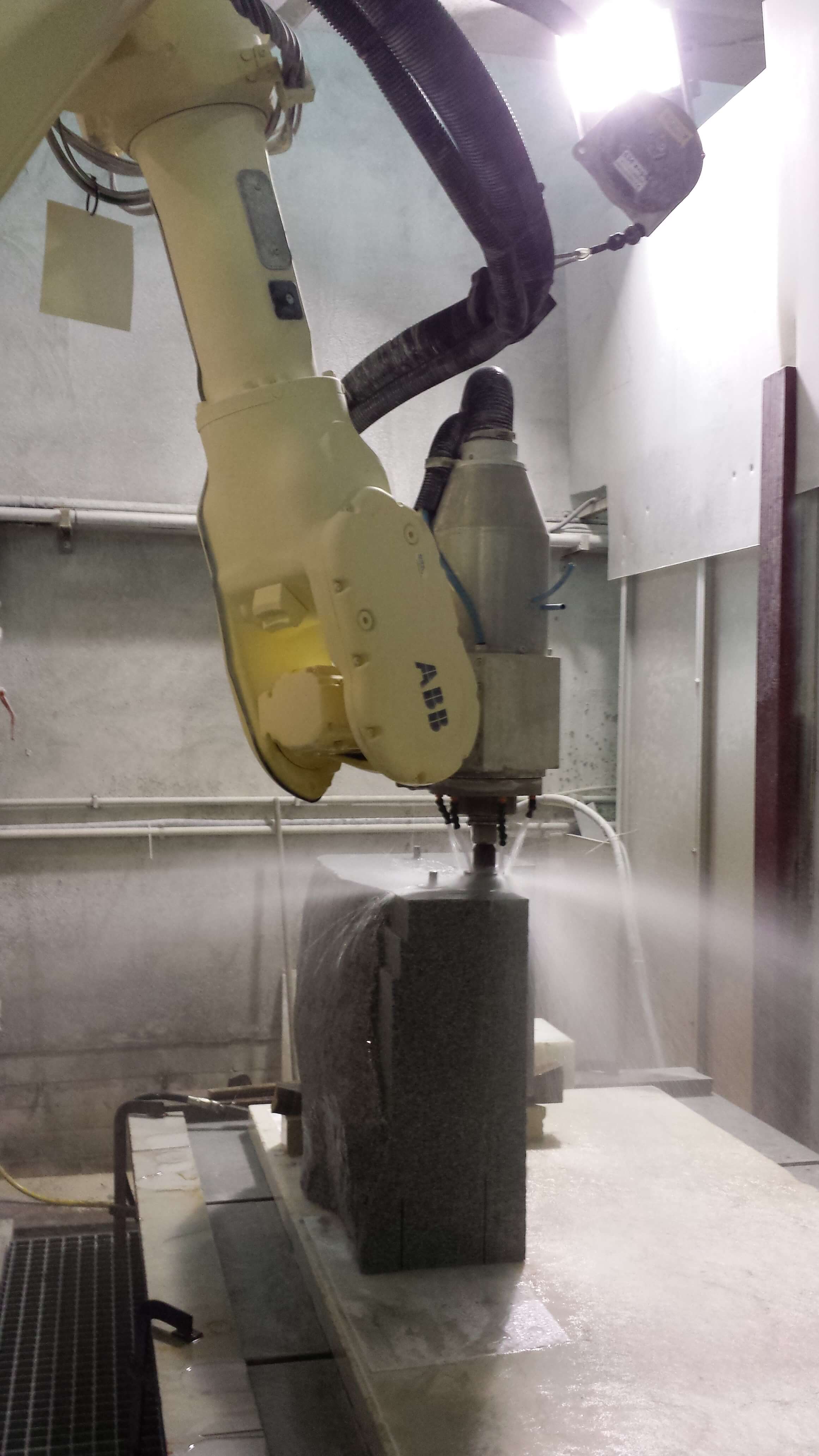 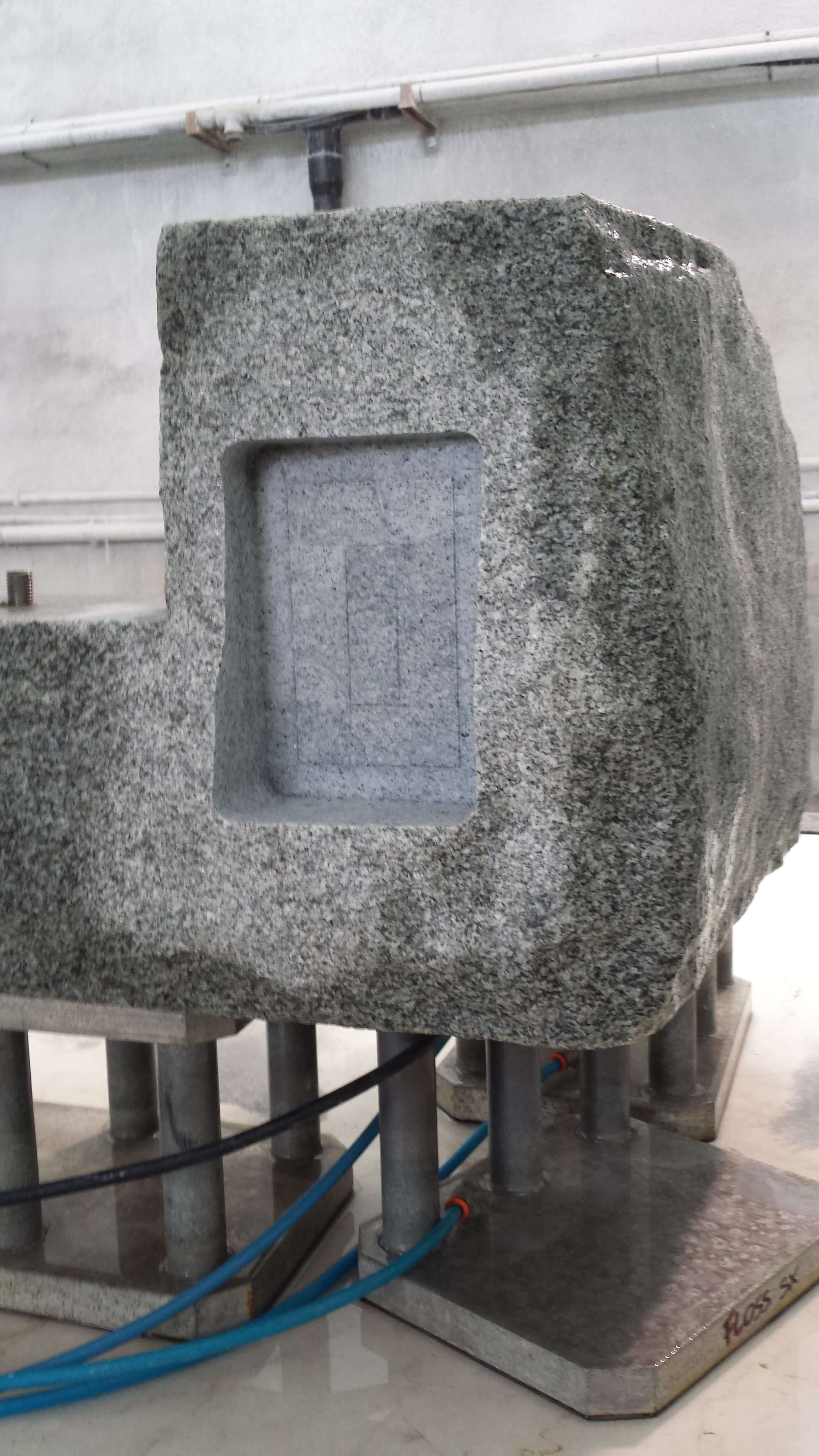 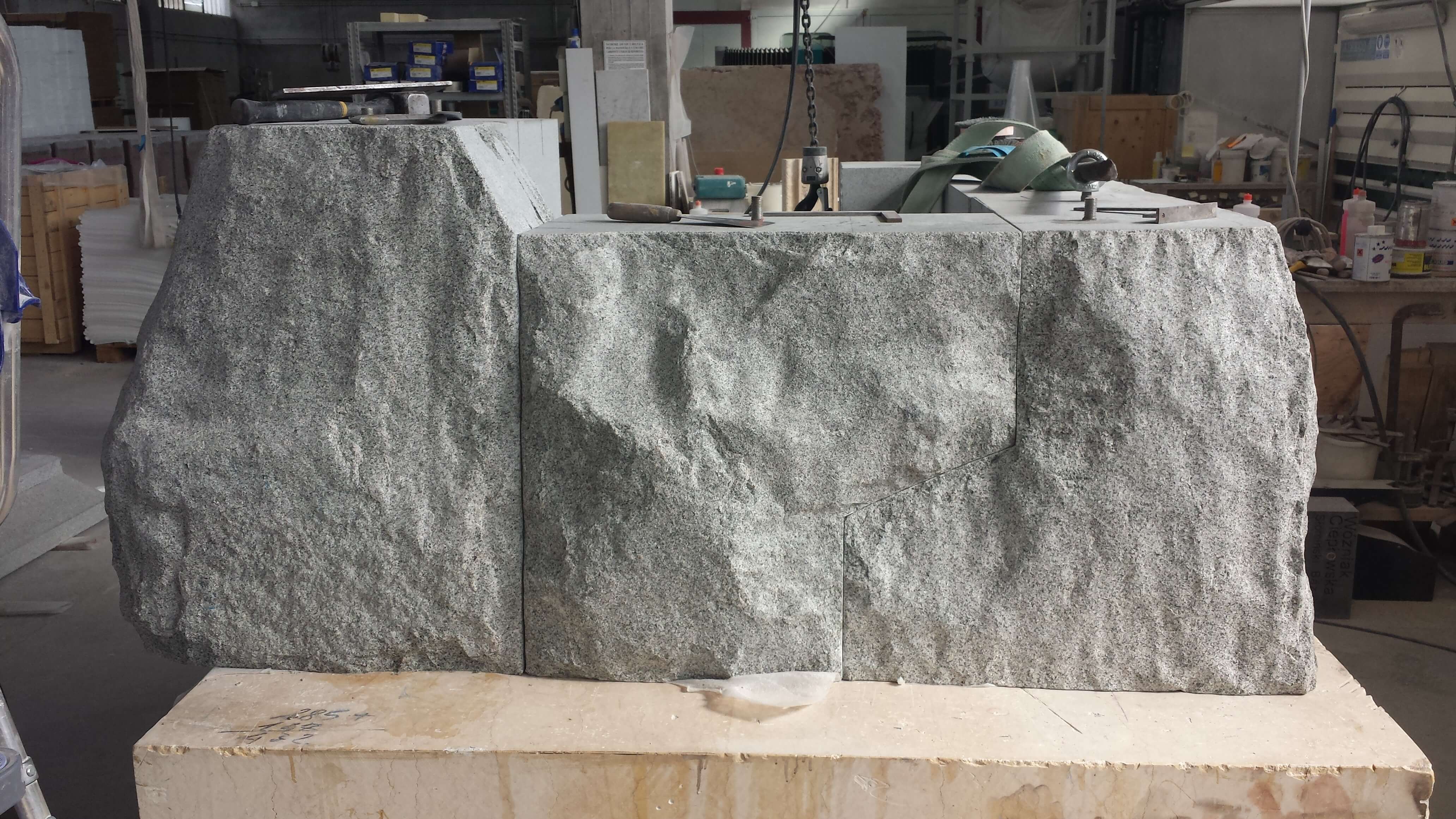 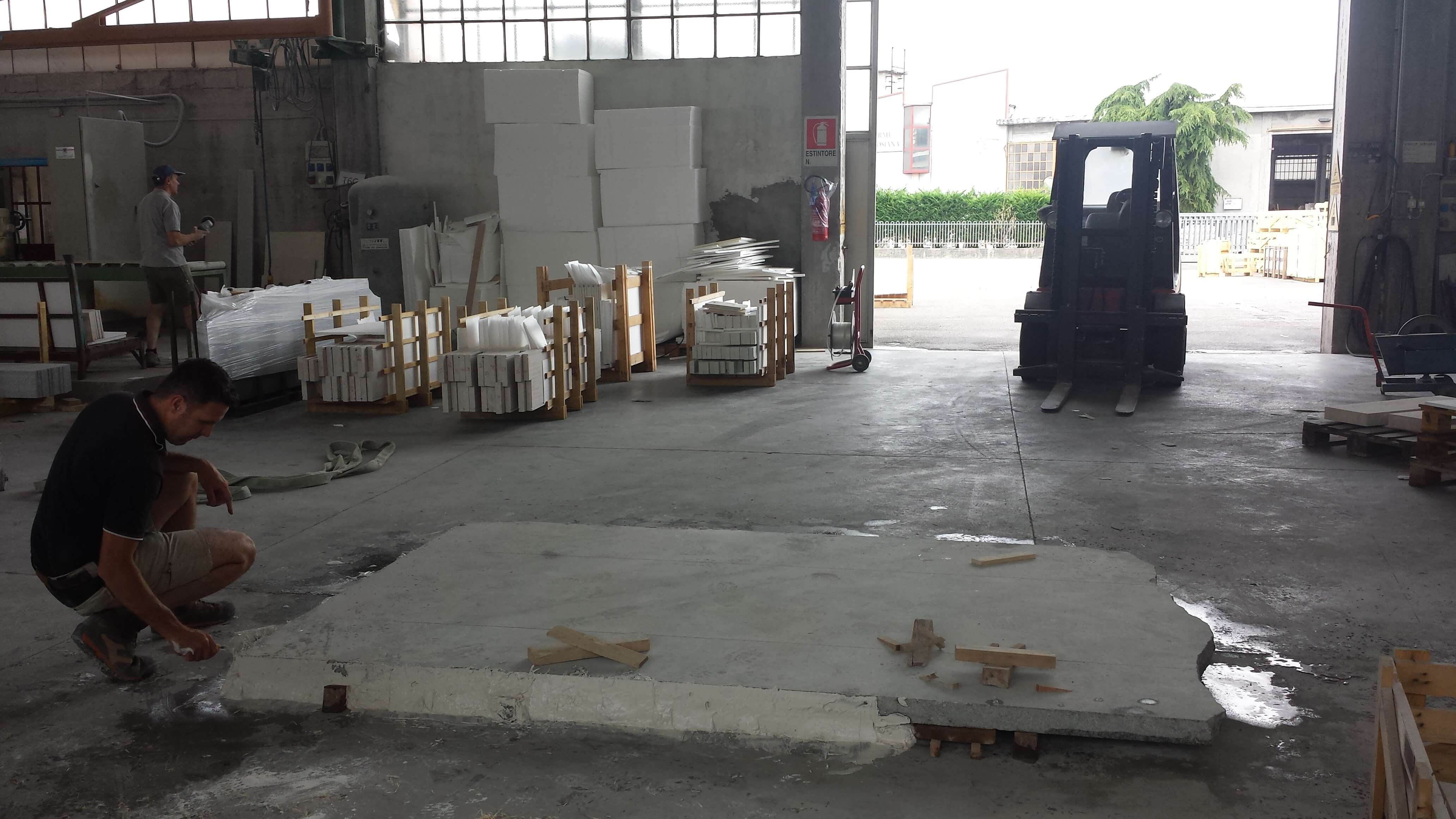 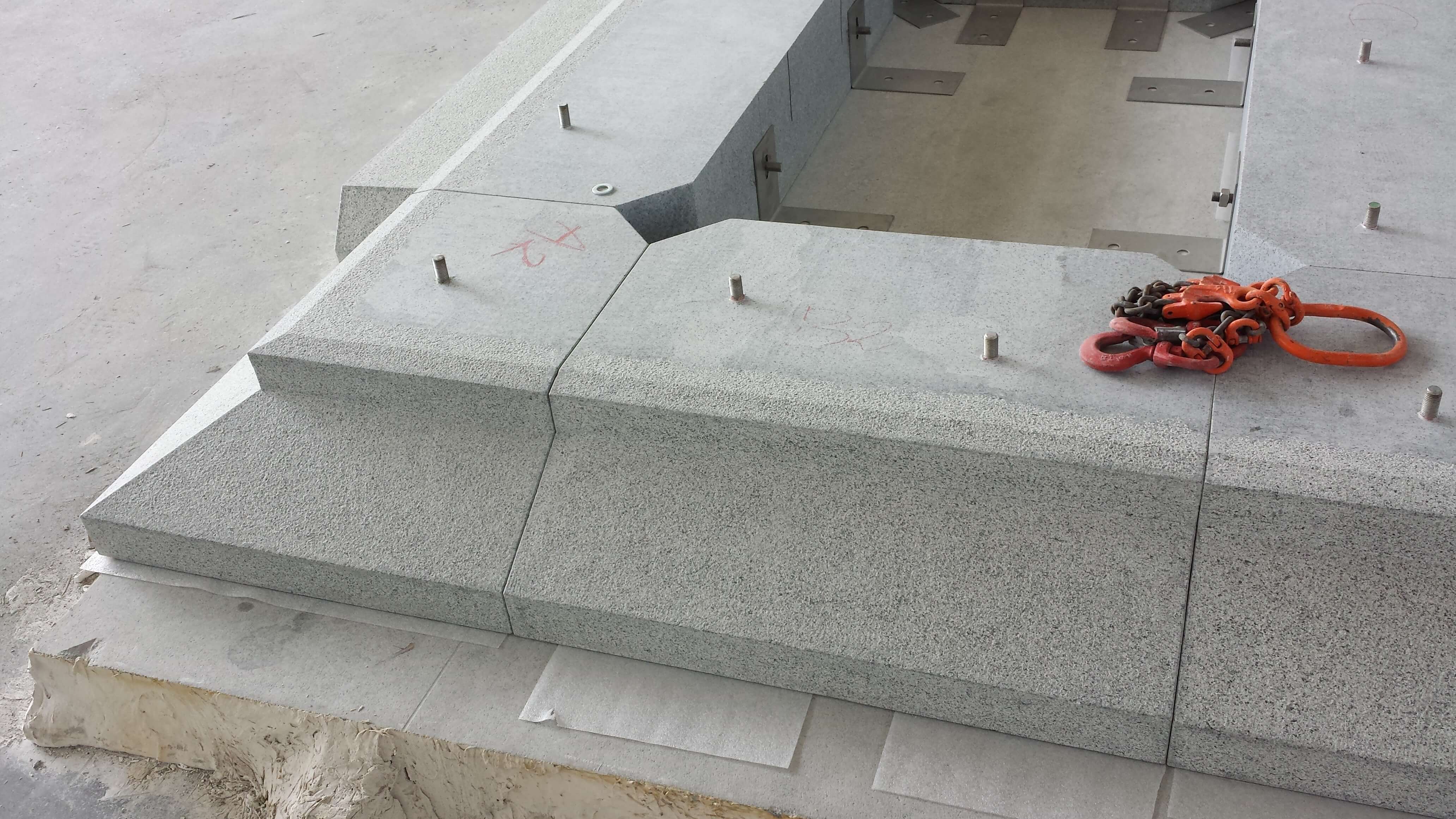 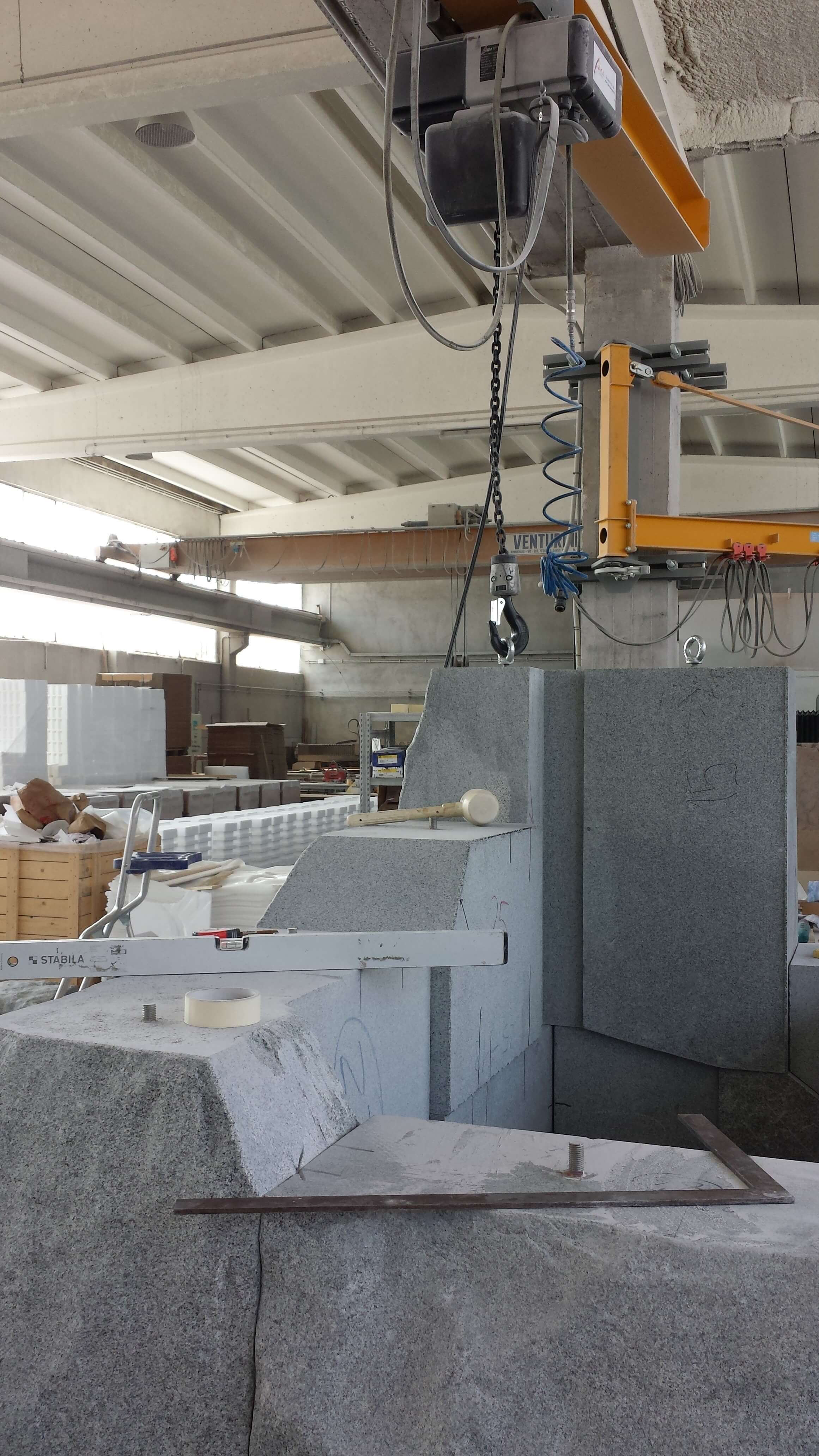 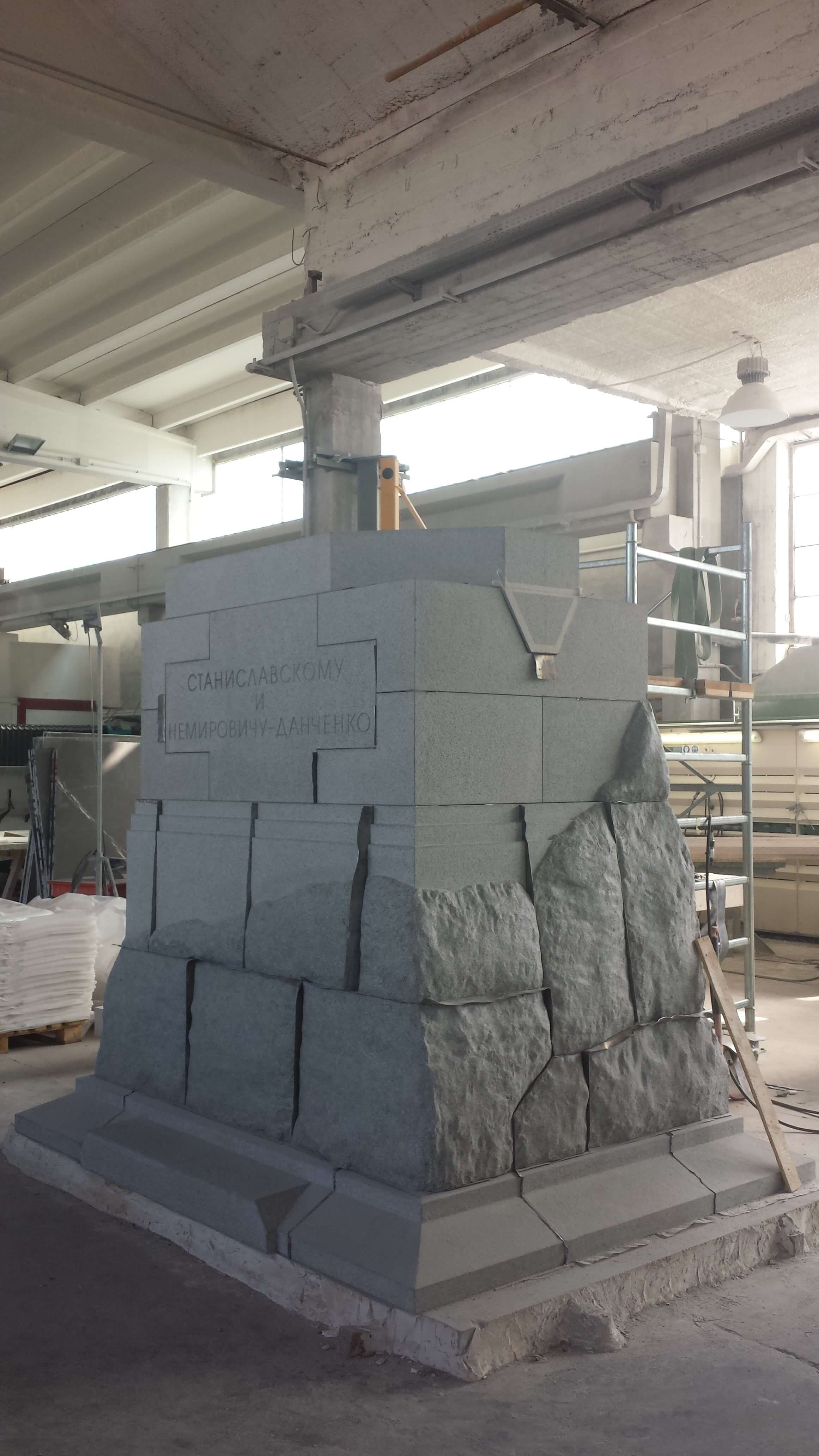 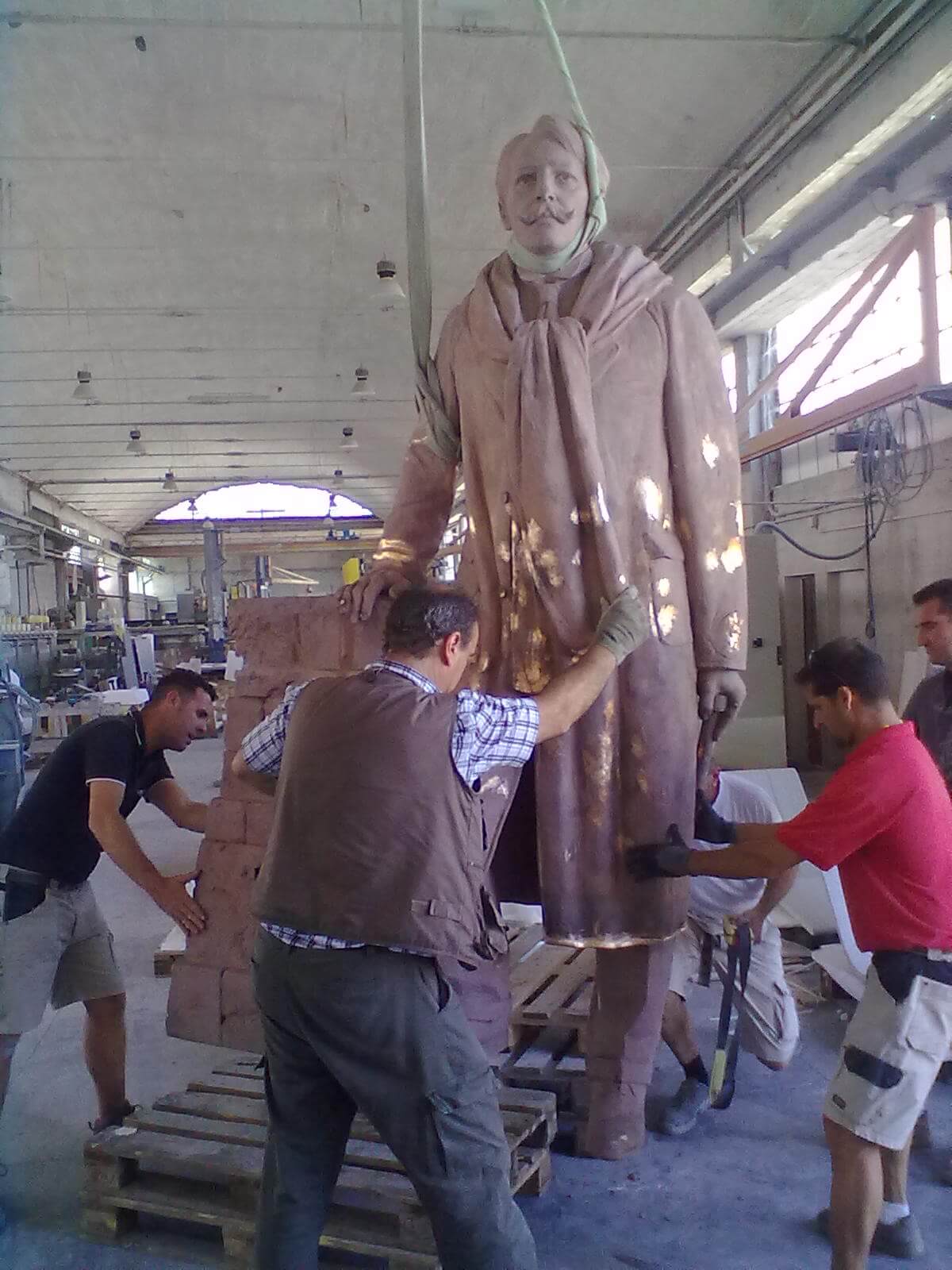 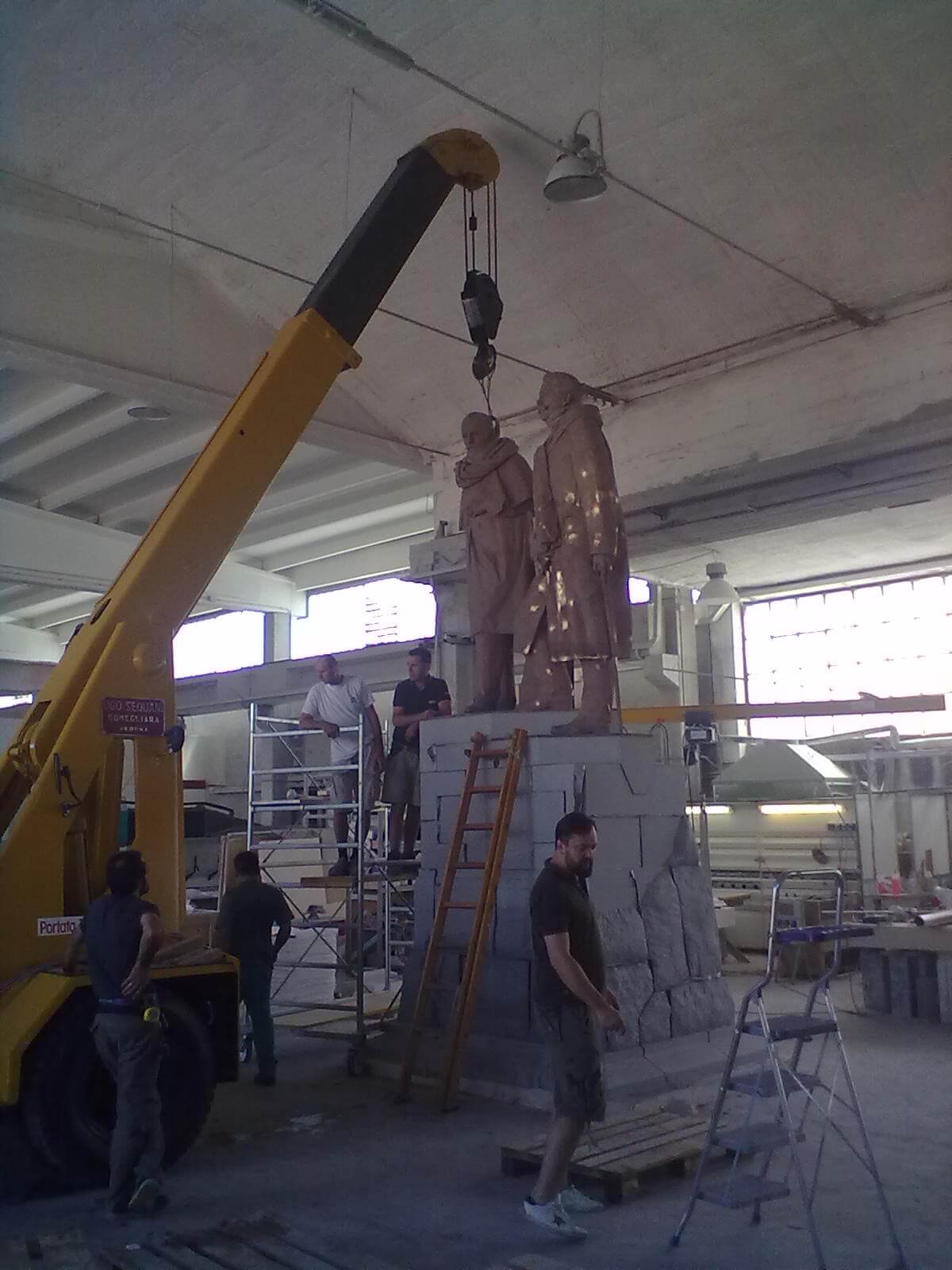 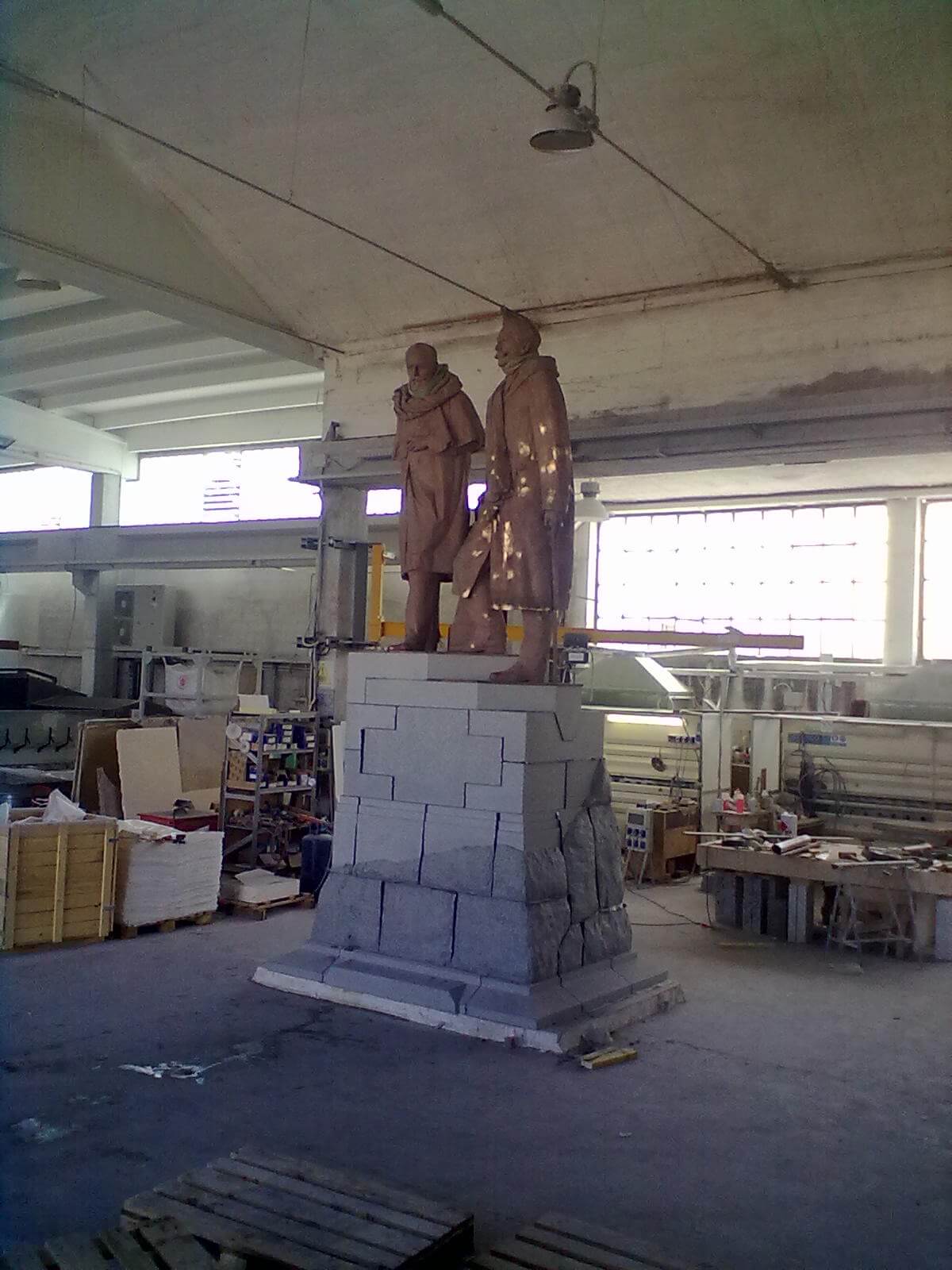 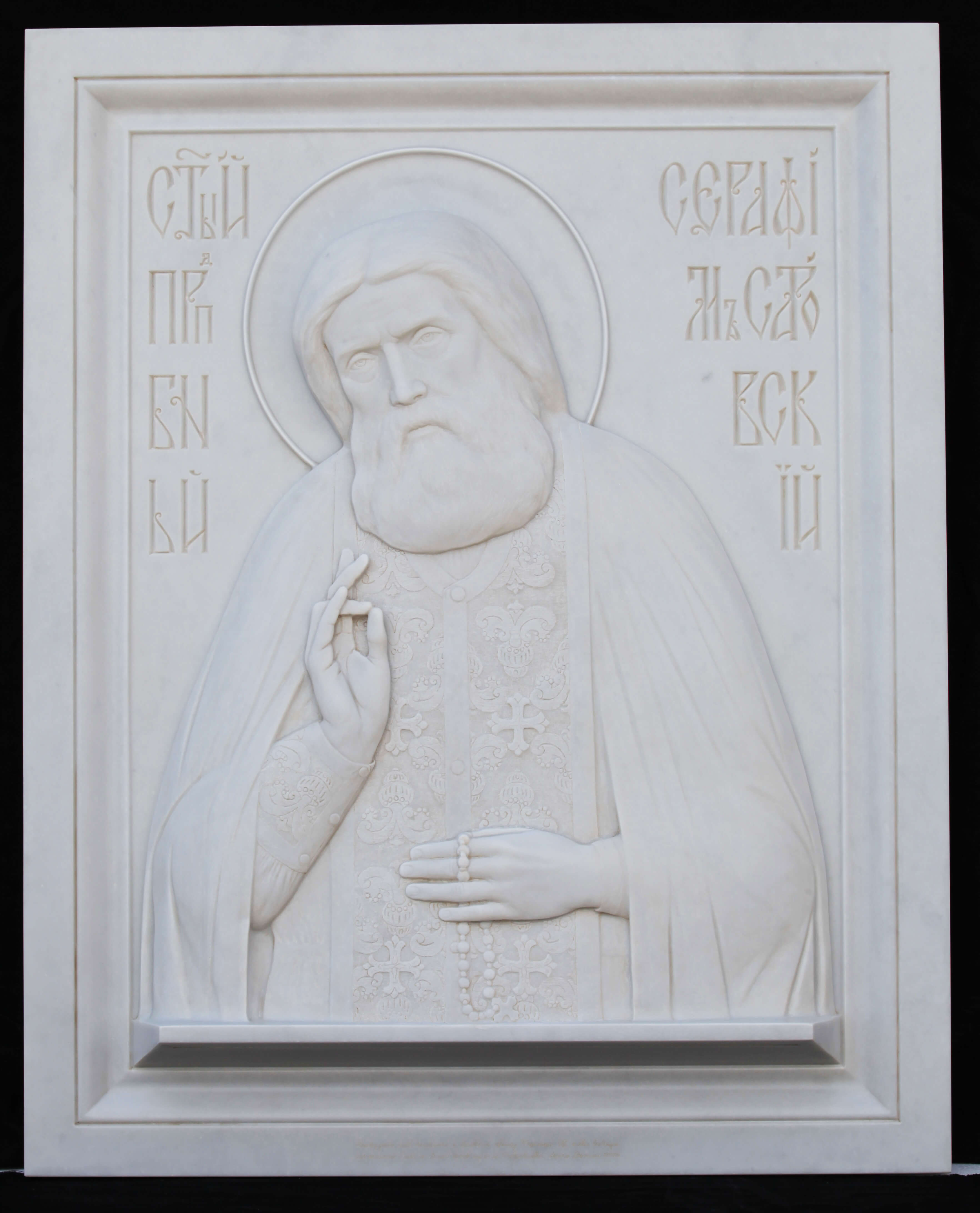 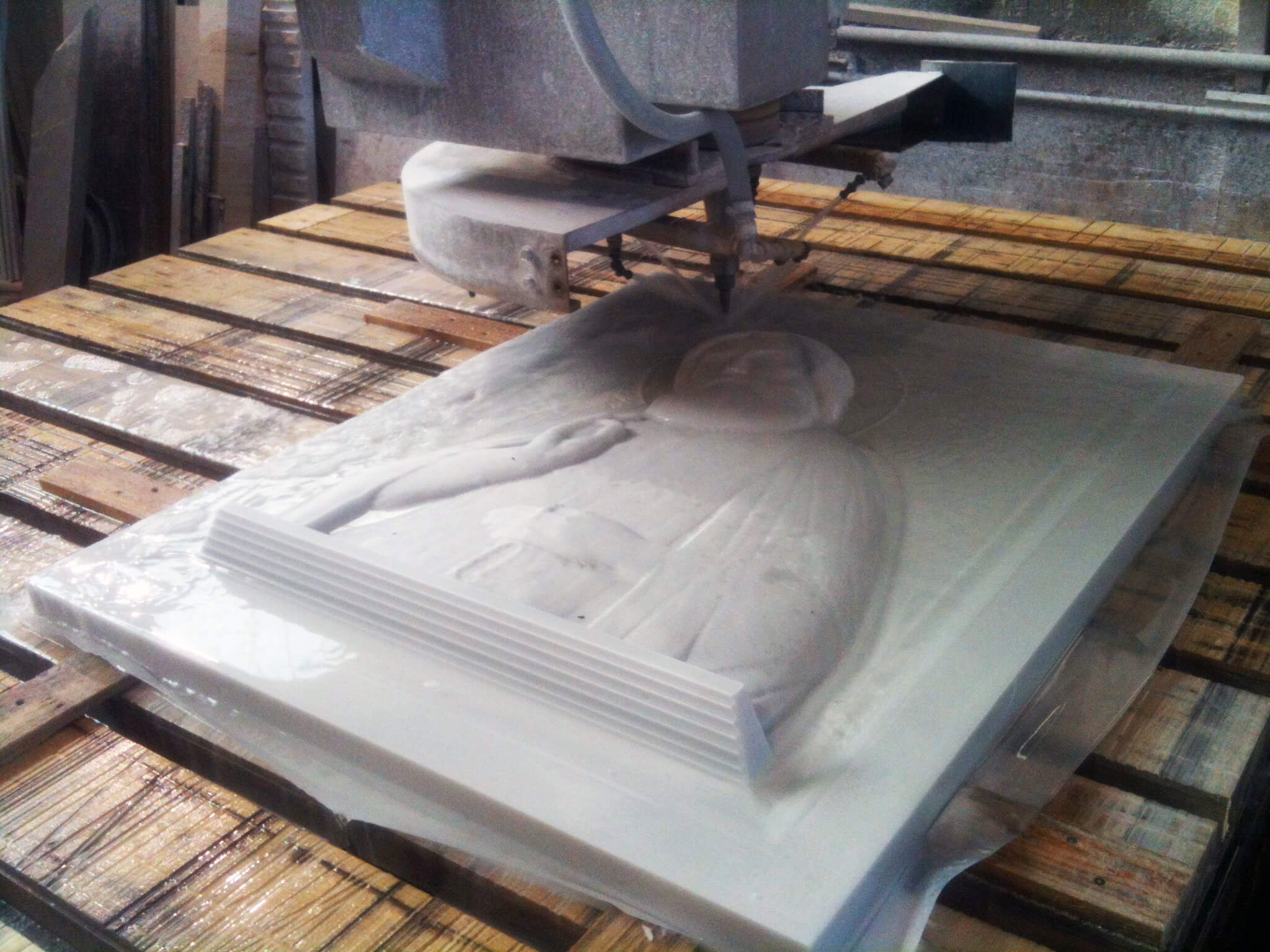 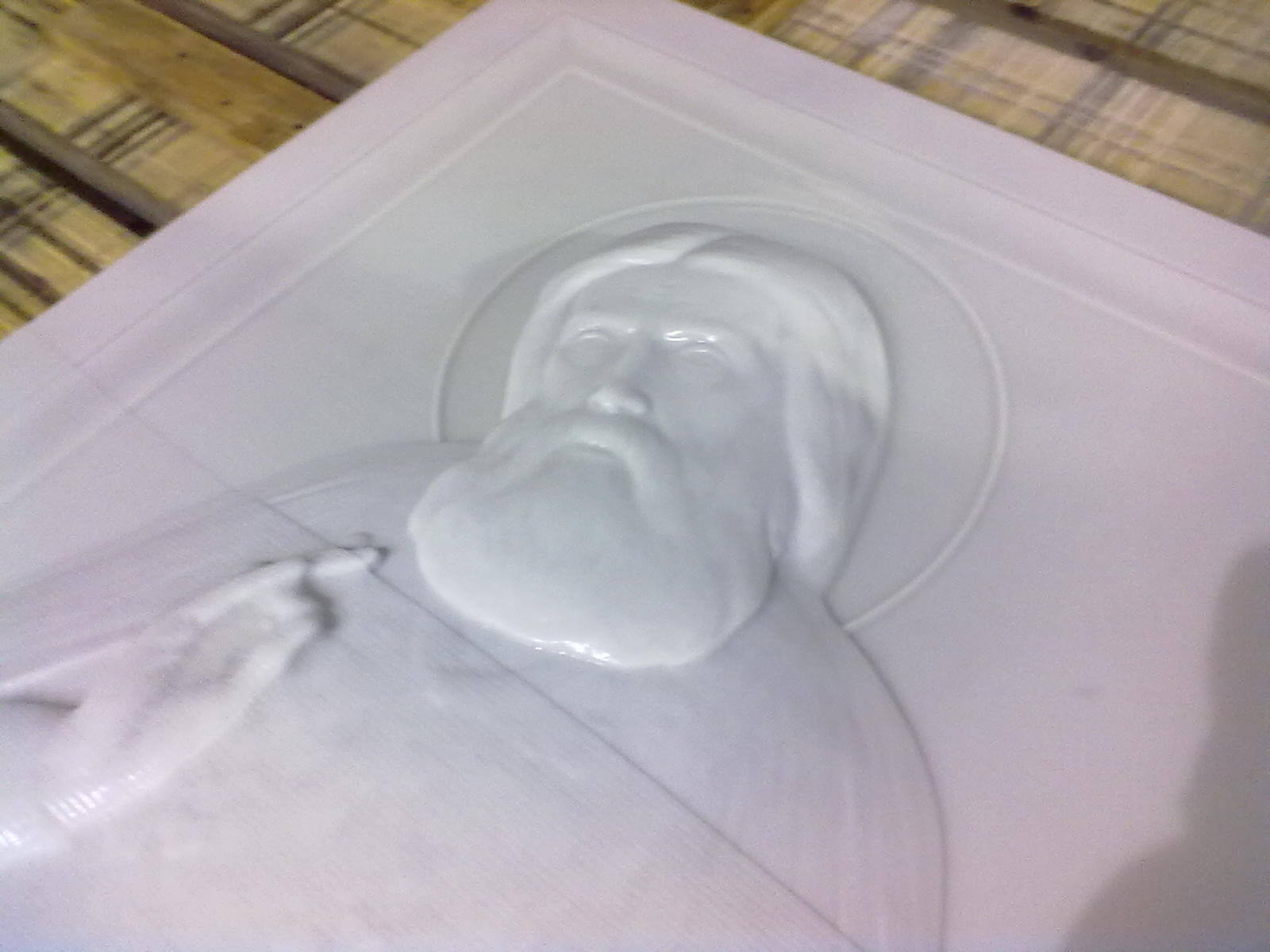 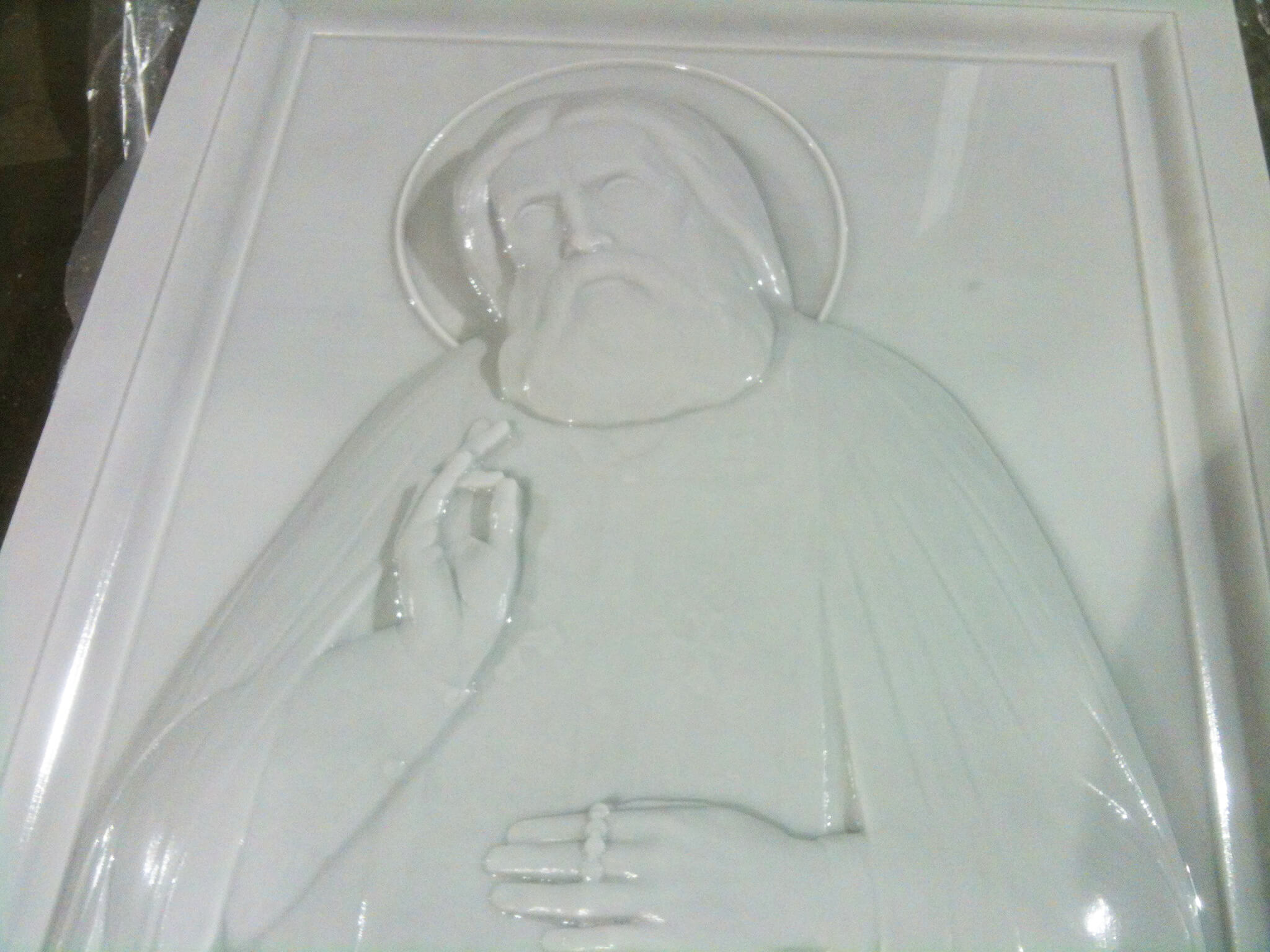 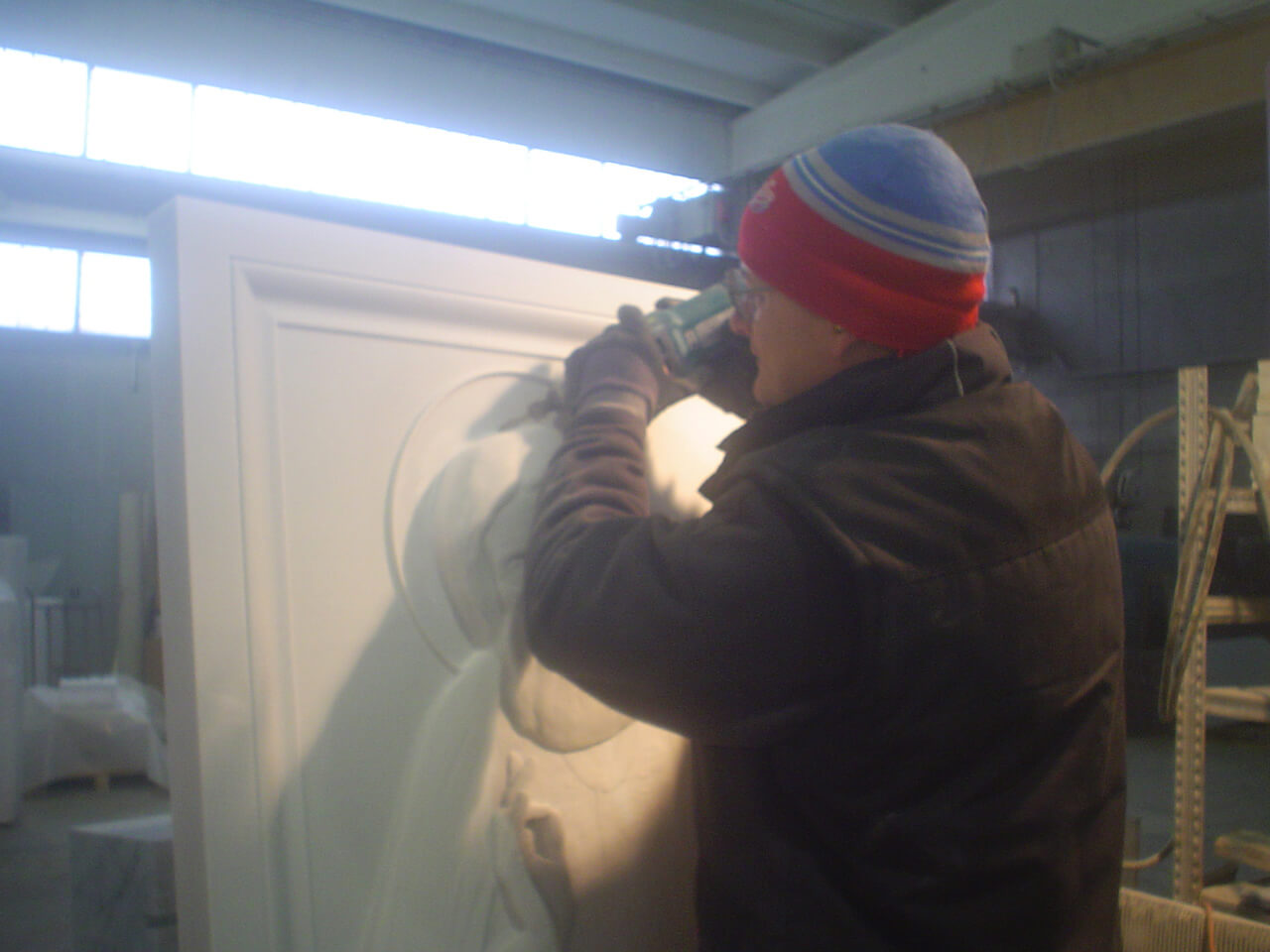